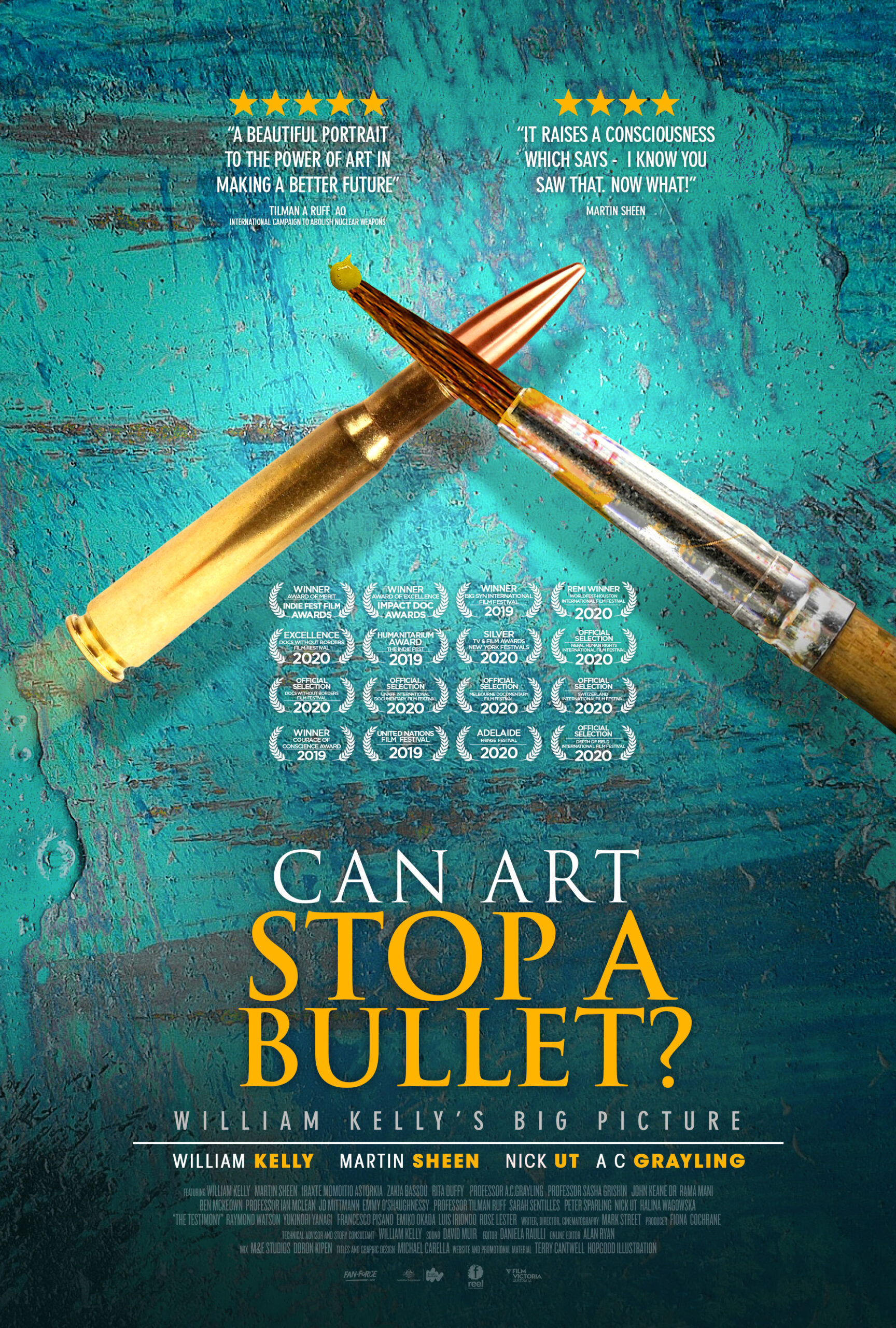 Widely considered to be the social conscience of Australian art, William Kelly once said: “Art can’t stop a bullet, but it can stop a bullet from being fired.” Can it?

Filmed on five continents, with contributions from over 20 leading artists, thinkers and activists, this documentary explores the power of art to take a stand against violence and injustice in the world.

The film documents the creation of Kelly’s monumental artwork “Peace or War/The Big Picture”. It is a tapestry of history and art, drawn from major artworks and photos from the defining conflicts of their times. This immense visual collage allows the audience to navigate through time and place, meeting survivors of these horrific moments in history and the artists who have created work commenting on these periods, some of which have become iconic. Through Kelly’s drawings, the audience is transported to the concentration camps of the Third Reich, the bombing of Hiroshima, “the troubles” in Ireland, the race riots in the US and Pol Pot’s Year Zero. Interwoven with archival footage of these cataclysmic events, the audience is invited to visit anti-war and anti-gun demonstrations today, events that call for similar injustices to be stopped. The film is a parallel work to Kelly’s masterpiece, unfolding to create the ‘Big Picture’ in documentary form.