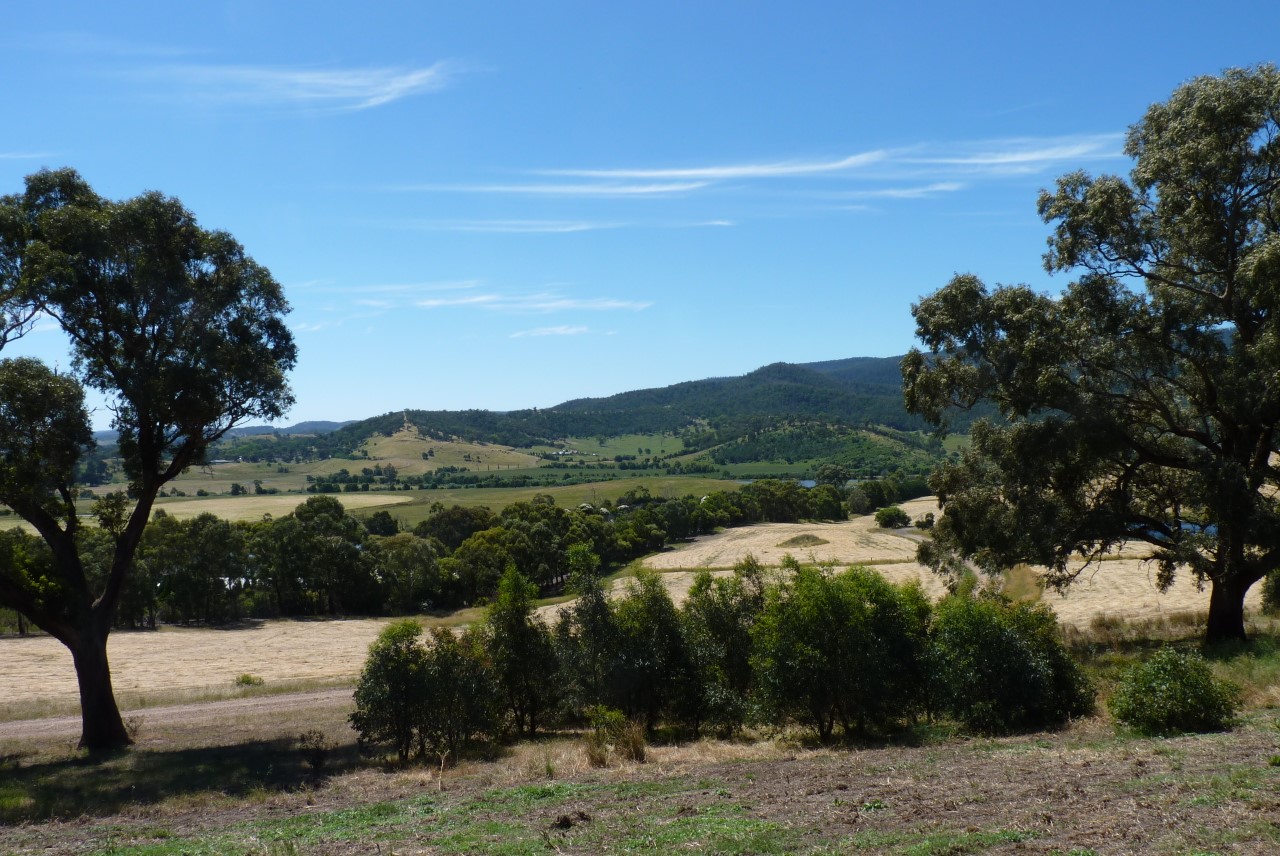 GEOFF LACEY:  In this new book, At Home in the Land, I argue that if we are to live sustainably on the earth then a profound change in consciousness is necessary. It is a matter of looking at the natural world and experiencing it in a new way. We need to know it intimately – in its landscapes and ecosystems, its web of connections, and its history – starting from our local place.

Several authors have written in a similar vein, their language reflecting their own situations. I have attempted here to express my own vision, developed partly through my studies (especially over the past 25 years) of particular land systems, wetlands and bird species. I hope the book will help readers develop their own perspective and engagement.

A key part of my present perspective is the ‘ecological network’ – the way things hold together. When we look closely at the rural countryside we see that it is criss-crossed by corridors rich in remnants of the original ecosystems. The corridors run along rivers and creeks, along roadsides and railway reserves, forming a rich ecological network, connecting up with the reserves of intact bushland (such as national parks).

These corridors constitute the ecological network. They make possible the spread of indigenous plants and the migratory movements of mammals, birds and insects.

In the book I take readers on a journey through one of the vital corridors in the Melbourne area—along the Plenty River, from its source at Mount Disappointment to its junction with the Yarra, and then through the Yarra floodplain in the suburbs.

I further argue that the ecological network not only enhances biodiversity throughout the landscape but also has a vital role in the sustenance of human communities, on farm and in the city and suburbs.

Through organic farming and gardening, especially permaculture, many households are achieving a high degree of self-reliance and sustainable production in the city and suburbs.

In the process they experience the benefits of wildlife biodiversity that the ecological corridors provide. It is the remnant ecological corridors, with their indigenous plant species, that provide the abundance of diverse mammal, reptile, bird, amphibian and invertebrate species that maintain ecological health and keep pest species under control.

In the book I discuss the activities of the Friends groups that engage in ecological restoration along the corridors (including Landcare groups in the rural areas). The roles of the food-producing groups and the Friends groups are intimately related. The enhanced habitat corridors increase the biodiversity in which sustainable production can take place.

As we enhance the ecological network we are also creating the foundations for a sustainable economy – one with a more local emphasis, with less need for long-distance trade and travel.

I try to embed my explorations in their cultural context, beginning with the current conflicting attitudes towards nature and concluding with the consideration of human solidarity and the deeper spiritual values in the work ahead of us.

The ecological corridors, with their remnant ecosystems, give a deeper meaning to our living in the land and in the city. Their natural environment is at once familiar yet evokes wonder. It has a quality of wildness; it is given to us; it is not something we own. We can experience this wildness here, even in the midst of the suburbs.

The book is on sale for $24 at Readings Carlton. Alternatively, a mail order form is available from the author. Email: glacey@unimelb.edu.au

Dr Geoff Lacey grew up in Shepparton, Victoria, and began his working life as a civil engineer. He has been active in many environmental issues and in teaching environmental engineering in Australia. He is an honorary fellow at the University of Melbourne. His recent books include: Still Glides the Stream: The Natural History of the Yarra from Heidelberg to Yarra Bend; Reading the Land; and Sufficient for the Day.

True to form Geoff Lacey’s At Home in the Land is full of good material, clearly organised in a hope-oriented framework. Before he gets to the Plenty-Yarra corridor he summarises his philosophical reflections on global warming and associated crises and then takes us on side trip to the Coliban Main Channel in central Victoria. Geoff’s philosophical suggestion tying the sections together is that we settlers can, and must, work at ways of being at home in this land, and do so with all the knowledge now available to us from ecology and from Indigenous history and culture. He quotes a wonderful range of people and brings interesting places, birds and plants to life. While the corridors discussed here are in the countryside, though in the Plenty River case, intertwining with the northern side of Melbourne, Geoff Lacey rightly seeks to include the city in this work and he does that with a section on urban regeneration. – Val Noone

Yesterday I walked to the Annulus Billabong, recently filled by the rising river. Looking at Geoff’s book on returning home, I resolved to take it with me next time I go near the river.Even for the sections near Ivanhoe that I think I know well, Geoff’s detailed observations remind me of how much I miss.
As Val Noone’s comprehensive comments tell us, a great strength of the book is its fusion of detailed personal experience and a strong view of the larger issues affecting our our whole way of life.