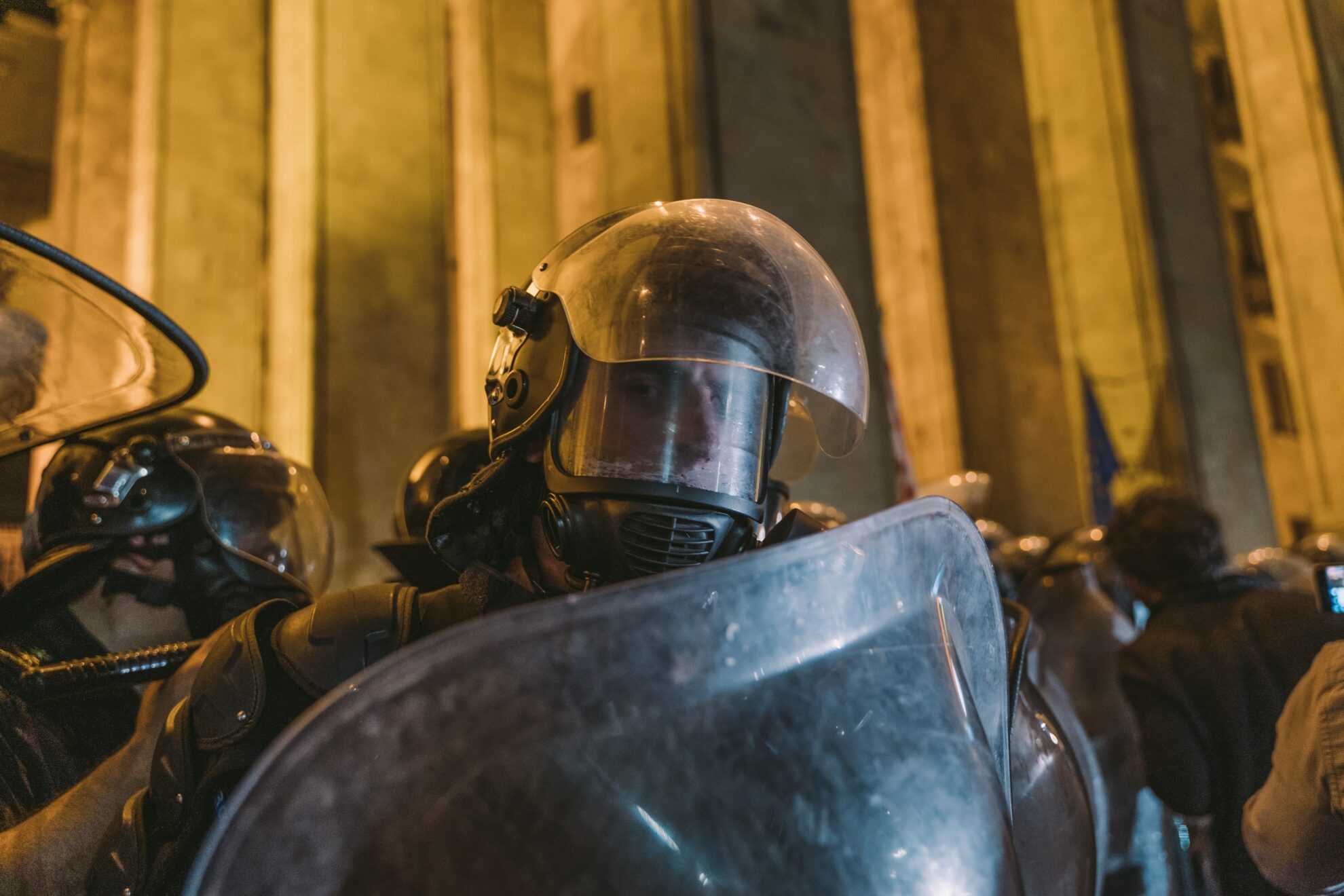 A long lasting, insidious virus concerns men’s violence, their supposed problem solving via anger, fists, guns, knives, machetes, boots and batons to oppress any one who gets in their way. Their targets are usually physically weaker people, women, children, dissidents and in the case of men in uniform, the political opponents of their state  government employers.

In democracies existing in Australia, the UK and the US, abusive power by men in uniform would not happen? Really?

Only a massive naivety would fail to recognize a widespread virus of violence infecting men, not only those wearing police and military uniforms in far away countries.

A top down use of power –  ‘do as I tell you’, ‘obey my orders or you’ll suffer’,  ‘don’t get in my way’ –  amounts to a literacy about violence and a corresponding illiteracy about non violence.

Top down, abusive power represents that lazy, easy way of thinking identified by Theodor Adorno in his seminal work ‘The Authoritarian Personality’. He described someone who displayed rigid adherence to conventional norms, aggressiveness to out groups and little evidence of introspection, reflection or curiosity.

In a subsequent study, Stanley Milgram showed ordinary citizens quickly complying with orders from those higher in a hierarchy and at least two thirds of his subjects obedient to the point of inflicting extreme pain on others.

At its least dangerous, this violence virus is visible in men in suits, uniforms or summer singlets throwing their weight around. At its worst, it results in tongue lashings, bashings, stabbings and fatal shootings.

A version of men attempting to be macho men explains why this virus has lasted for centuries. Signs of misogynistic attitudes and macho behaviour by police and military in other countries, let alone from domestic violence pandemics, show the virus is widespread and dangers from infection too easily ignored.

To suppress this virus, the world needs a vaccine and a vaccination roll out.

The vaccine is available and does not need sponsorship from pharmaceutical companies or expensive manufacturing. Variously described as a literacy of non violence, it is easy to share and apply.
Adorno’s plea for reflection and curiosity can be answered in different forms: thoughtful silence, humour, laughter, hospitality, music, dance, poetry, even fashion, sport and everyday conversations.

When working with police forces concerned to disarm citizens who were allegedly threatening and dangerous, my opening suggestions included, ‘There must be a way to defuse confrontations without guns, pepper spray or batons.’ Only a few police were immediately defensive. Some conceded that in their work, discussion of non violence was seldom encouraged.

When working with men guilty of domestic violence, I would usually ask ‘In what ways do you think you could make your life more interesting?’ Seldom seen as threatening, that question usually made possible a discussion of non violent ways to conduct relationships and deal with disagreements. Even the idea of an invitation to start a conversation, often at the crossroads of a family’s life, seemed novel, but with the right rapport was welcomed.

A non violent vaccine was being offered and applied.

In the book ‘Cruelty or Humanity’ I have described a ‘language for humanity’, a beautiful alternative to thuggery in Myanmar, Minsk and Moscow let alone to stabbings on Sydney streets or the violence to women around the globe.

That conversation hungry vaccine is satisfying, puts recipients on a temporary high and has no adverse side effects, though it might be given to clots. You can apply for it in any culture or country. Try it. Dr. Norman Swan might give a summary on the ABC.