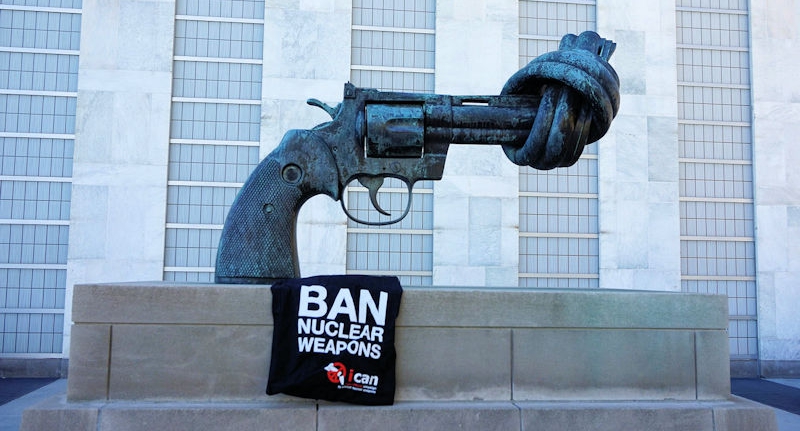 Between War and Peace: Australia’s Past and Future

Whether Australia and other nations plan for a world at peace or a world at war will determine much about our future.  The latter would preclude solutions to just about every pressing global issue. The former would offer hope of a sustainable future for all.  This paper advocates three steps that Australia could begin with:

We go to war far too easily

Australia has been at war for 19 years and yet this is hardly ever talked about, even in our parliament.  Being at war has become the norm for Australia, it’s just something we automatically join our US ally in, and we’re told we do it very well.  Most of the suffering and costs of the wars we engage in are somewhere else, out of sight and out of mind.

Our parliament doesn’t debate proposals for a new deployment to war; it is just announced by the Prime Minister, and there is zero accountability when things go terribly wrong.  A PM can involve Australia in an illegal invasion, as John Howard did in 2003, and still there is no accountability.

This is the way dictatorships operate, not democracies.

Absolutely key questions are not asked – questions about the proposed strategy, the legality, the likely human costs and how injured and displaced civilians will be cared for, what “success” would look like, and the likely economic costs.

Australians for War Powers Reform calls for parliamentary debate and vote on all proposals for war, barring an emergency such as an invasion of Australia. This is not a call for an abandonment of the ANZUS alliance (notwithstanding important reasons to seriously examine that alliance), but a call for some independent thinking in Australia.

If we want peace, we need to work for it

Australia’s skills in preventing wars and building good international relationships have been allowed to wither. Australia is spending less on diplomacy than ever before.  The 2019-20 budget for the Defence Department was $38.7 billion, while for the Department of Foreign Affairs and Trade it was $5.2 billion.  Meanwhile, our military spending is planned to skyrocket over the next ten years to a total of $575 billion for the decade.  Averaged over the decade, that’s over $1 billion every week.

We’re also spending less on overseas aid, which is important in building international goodwill, than ever before.  The 2019 budget delivered the sixth consecutive cut to Australian aid.  As just one example of a lost opportunity for good, our aid over the past three years to Yemen, where the world’s worst humanitarian crisis currently is playing out, is far less than the subsidies given to just one company, EOS, to help it export weaponry to customers including the coalition that is bombing Yemen.

Peace does not just happen; it must be researched, planned and prioritised.  And yet peace research appears to be of zero interest to our government.  The Australian Institute for Peace being planned for Melbourne University has to find all its own funding, while the federal government pours huge resources into defence science partnership programs with universities and even schools.

The political rhetoric and posturing that is accompanying this focus on warfare, especially towards China, is helping to ramp up tensions to the point where a single trigger could see us virtually sleepwalking into another major and catastrophic war, as happened in European nations in 1914.

The twin existential threats, nuclear weapons and climate change, must be urgently addressed

These threats each endanger human civilisation as we know it.  Climate change threatens us in multiple ways, not least as a significant “threat multiplier” in triggering armed conflict.  Nuclear weapons threaten their own version of climate change; there are scientifically sound nuclear winter predictions for even a “small” nuclear war.

Australia’s nuclear weapons policy is focussed on “non-proliferation”, which amounts to maintaining the status quo.  The status quo is a world with over 13,000 nuclear weapons, of which around 1,800 are on high alert still and at risk of unintended launch. It is a world at greater risk now – from nuclear war or climate catastrophe – than at any time since World War 11, according to the Bulletin of the Atomic Scientists’ Doomsday Clock.

The only bright spot on the nuclear weapons landscape is the Treaty on the Prohibition of Nuclear Weapons (TPNW), adopted by the UN in 2017 and expected to receive its 50th ratification in coming months, triggering entry into force 90 days later. Australia has strenuously opposed it at every step. The Treaty will have a powerful effect in stigmatising these worst of all weapons, just as the chemical and biological weapons prohibition treaties stigmatise those classes of weapons.  It is our best way forward to abolishing these weapons.

It is time for Australia to finally reject the myth of nuclear deterrence, to apply the same standards to ourselves as to others, and to sign and ratify the TPNW.  ICAN Australia, the International Campaign to Abolish Nuclear Weapons, has more information.