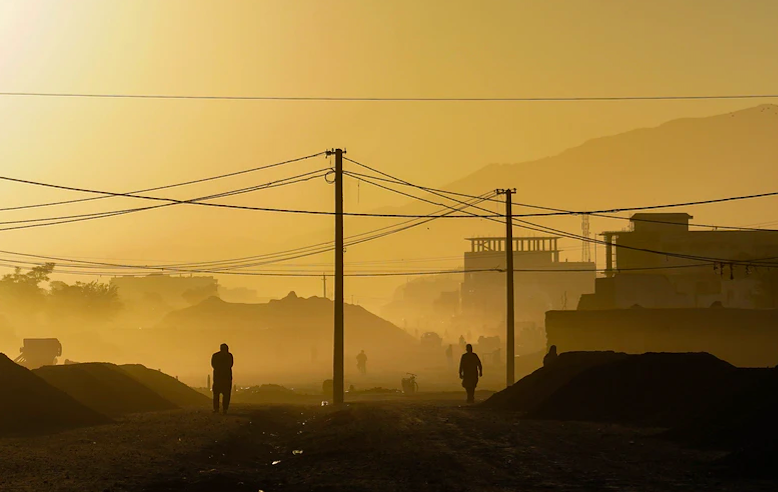 JOSEPH CAMILLERI: The chaotic scenes at Kabul airport are symbolic of a military intervention that has brought the people of Afghanistan nothing but loss and destruction. The United States and its allies, not least Australia, have a great deal to answer for. This twenty-year war has been an unmitigated disaster from beginning to end. And what an ignominious end it is, especially for the United States.

Almost immediately after the September 11 attacks President Bush formed a war cabinet to prosecute the ‘war on terror’. They saw this as the ideal opportunity to demonstrate US power and resolve and reassert US leadership of the democratic Western world – all in the name of ‘freedom’.

The irony of what followed is worth recalling. It was the United States which, in tandem with Pakistan and Saudi Arabia, had provided ten years earlier covert financial and arms support for the Islamist hardliners in Afghanistan. Their role would prove crucial in forcing the Soviet military withdrawal in 1992.

In the ensuing power vacuum and civil war, a group of Islamist fighters, predominantly of Pashtun origin, became established as the Taliban. Though known for their disregard for human rights and hash treatment of women, the United States had no qualms secretly supporting them in the mid-1990s through its ally in Pakistan, and openly as time went on. In Washington’s eyes, the Taliban were a convenient counterweight to Iranian and Shia influence in the region.

But with September 11, the geopolitical calculus changed. On 7 October 2001, the United States launched air strikes against Taliban military installations and al-Qaeda training camps in Afghanistan. And so began ‘Operation Enduring Freedom’.

This first phase of the ‘war on terror’ was the easy part. The toppling of the Taliban regime took little more than a week. But soon the going got tougher. Several Taliban and al-Qaeda leaders evaded capture, many of them taking refuge across the border in Pakistan.

Despite ever higher numbers of US and allied troops, the Taliban gradually regained and then extended their influence in Afghanistan. Large tracts of the country became prone to Taliban attacks. The spiral of violence had well and truly set in.

Though obscured by a succession of bland and misleading accounts by US and Australian officialdom, the ensuing chapters of this story make for grim reading. They also shed light on the lightning victory of the Taliban in recent weeks, and the tardy and humiliating attempts of the allies to evacuate their nationals, diplomatic staff and the poor Afghan workers who offered them their services.

The costs of this 20-year war, the longest in both American and Australian history, are incalculable. For the people of Afghanistan they are horrendous. Innumerable lives have been destroyed. Civilians have been killed by crossfire, bombings, improvised explosive devices (IEDs), assassinations, and night raids into homes of suspected insurgents.

The Afghan death toll includes some 70,00 civilians, at least 66,000 national military and police, and well over 50,000 Taliban and other opposition figures.

These are conservative estimates to which must be added an even greater number of injuries, spanning second and third degree burns, broken bones, shrapnel wounds, brain injuries, paralysis, loss of sight and hearing, limb loss, and post-traumatic stress disorder (PTSD). Public health estimates suggest that as many as two-thirds of Afghans suffer from mental health problems.

The UNHCR reports that since January 400,000 have been forced from their homes, joining some 3 million Afghans already internally displaced across the country.

There are currently more than 2.6 million registered Afghan refugees – more than one in ten of all refugees, and the second highest number after Syria. There are many more who haven’t been registered and thousands more who are heading to Kabul airport desperately trying to flee following the lightning victory of the Taliban

This is but the graphic unravelling of a military intervention that had already destroyed livelihoods as a consequence of the war-induced breakdown of public health, security, infrastructure, and endemic corruption. Hardly surprising therefore that many Afghans should have turned to the narcotics business.

In 2018, the UN Office on Drugs and Crime estimated it to be worth more than the country’s officially recorded licit exports of goods and services.

Narcotics are likely to have provided the Taliban with over half its revenues through organising cultivation, protecting harvests, and securing criminal supply routes into central Asia. Its military victory may now see a further expansion of the opiate economy.

US military intervention, it is true, produced some public goods. Sections of the population have enjoyed greater freedoms, millions of girls have received a school education, and not a few women have found employment in business, the professions, the entertainment industry, and even politics. Many more have access to clean water.  There is no denying, however, that the Taliban are inheriting a broken economy, a dysfunctional civil service and a people traumatised by violence and a despairing sense of abandonment.

None of this is to suggest that the United and its allies have been spared the costs of military intervention. The US Defense Department estimates that 2,442 U.S. troops have been killed and 20,666 have been wounded since 2001. To this must be added the deaths of over 3,800 US private security contractors.

And yet, after fighting the longest war in its history, the United States stands defeated and humiliated.

How is that the world’s greatest military power, having battled continuously for twenty years, deployed hundreds of thousands of troops, sacrificed the lives and well-being of so many of its soldiers, spent well in excess of two trillion dollars, lavished hundreds of billions more on nation building, and raised, funded, equipped and trained an army of 350,000 Afghan troops, finds itself thwarted by a rag tag army of 85,000 fighters?

What this and other great power interventions – from Korea, to Vietnam, Iraq, Libya, Syria, Chad and Yemen – strikingly demonstrate is the diminishing utility of military power. The occupying power may bring about regime change but this invariably comes with highly damaging blowback effects for both occupier and occupied.

In Afghanistan, as elsewhere, military intervention, conducted at great human and financial cost, has simply accentuated local ethnic and religious divisions, heightened regional tensions, and fuelled great power rivalries. This is not an environment conducive to political stability, legitimate governance, or economic reconstruction.

The Taliban victory is the product of twenty years of misguided policy. The steady increase of foreign troops over the years and the application of ever more sophisticated weapon systems created a façade of power which concealed state failure.

At no stage was the United States able to create the conditions for good governance. The governments that were installed lacked credibility. The trappings of elections could not conceal rampant corruption and incompetence.

The US-supported government in Kabul and the military leadership were mired in internal divisions, undisguised opulence, fraud, and detachment from local grievances. The Taliban advance was the result of some fighting but mainly abject surrender. The people of Afghanistan are paying a heavy price for this misguided intervention. But so is the occupier. The United States has glaringly failed to impose its will on this poor, long suffering landlocked country. Its already tarnished prestige is in tatters.

The unedifying spectacle of its diplomatic staff in Kabul scurrying for safety stands in glaring contrast to their Chinese and Russian counterparts who are staying put. Meanwhile, Beijing and Moscow are locked in intense discussions with the Taliban, possibly as a prelude to formal recognition.

At this eleventh hour will the US and Australian governments recognise the error of past policies? Will they contribute generously to a well funded UN-led response to the humanitarian crisis in Afghanistan?

Will they play their part in a long-term plan for the social reconstruction of the country which, whether they like it or not, will require a sustained dialogue with Russia and China on the one hand and the Taliban government of the other? The signs are less than promising.

This piece was originally published in Pearls and Irritations on August 18, 2021: https://johnmenadue.com/joseph-camilleri-afghanistan-debacle-exposes-the-limits-to-empire/

Joseph is Emeritus Professor, La Trobe University and Managing Director of Alexandria Agenda. He was founding Director of the Centre for Dialogue, La Trobe University (2006-2012), and has authored or edited some thirty books and more than 100 book chapters and journal articles. He has lectured and worked with many organisations in Australia and internationally around issues of governance, cultural diversity, education, dialogue, peace and security, and human rights. In recent years he has convened some twenty national and international dialogues and conferences. He is the recipient of the Order of Australia Medal, and a Fellow of the Australian Academy of Social Sciences.