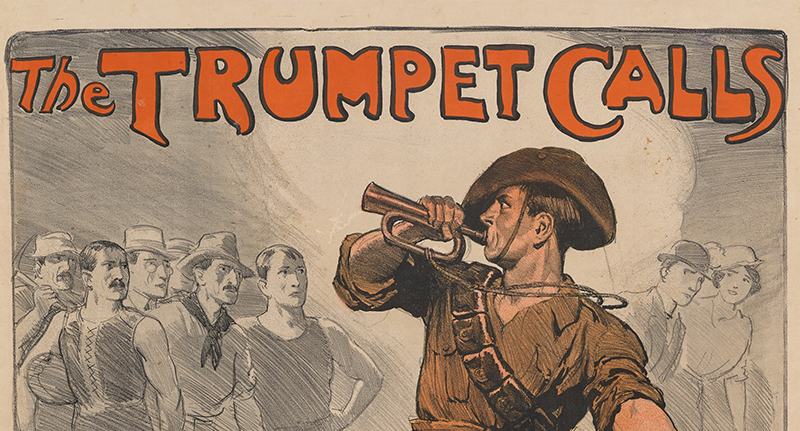 Can Australia transition from being a belligerent nation to a regional and global peace nation?

At the very heart of Australian foreign and defence policy is an obsessive belief bordering on paranoia that the country must be intimately allied to “great and powerful friends” to deter any threats to its security. From the earliest days of white settlement until the Japanese over-ran Singapore in 1942, that “friend” was assumed to be Britain.

In the mistaken belief that Japan was about to to invade the country after the fall of Singapore, the Curtin government turned to the United States for protection. As Curtin wrote at the time:

Without any inhibitions of any kind, I make it quite clear that Australia looks to America, free of any pangs as to our traditional links or kinship with the United Kingdom.

After the war the Menzies government’s External Affairs Minister, Percy Spender, negotiated the ANZUS treaty which was duly signed in 1951. It came into force the following year. It has been the centrepiece of  Australia’s foreign policy ever since. Among Australian orthodox foreign policy aficionados,  it is believed that to imagine a foreign and defence policy without ANZUS is simply unimaginable. Kim Beazley sums up this orthodoxy thus:

Australia cannot be defended without the alliance with the US. It’s as simple as that.

Since the signing of the treaty, Australia has been involved in every war that the United States has either instigated or aggravated by its interventions. The primary reason for this involvement in these “unnecessary wars” (as Henry Reynolds rightly labels them) is not because Australia’s security interests are under some immediate threat, but to demonstrate to the American superpower ally that Australia is a loyal, unquestioning partner deserving of America’s protection. This is the heavy price that Australia believes it must pay for ANZUS.

There are two obvious problems with this orthodoxy.

First, as the high priest of American offensive realism, Professor John Mearsheimer, has pointed out:

Secondly, big powers will always put their interests ahead of any alliance partner’s interests. If it is in the big power’s interests to come to the aid of a junior partner, it will do so. Otherwise it will leave the junior partner to fend for itself. It would be dangerously naïve to think otherwise – although many influential commentators in Australia are dangerously naïve about the American alliance.

There is another historical factor that also motivates Australia’s enthusiasm for joining America’s in its persistence belligerence. This relates to its white settler-colonial past in which the colonising invaders effectively declared war on the Indigenous population, with horrific and on-going consequences. (See, for example, the University of Newcastle’s Frontiers Massacres Project: https://c21ch.newcastle.edu.au/colonialmassacres/). The violence that characterised these wars (which were effectively a form of ethnic cleansing) carried over into the often brutal treatment of Chinese during the Gold Rushes. It led to many Australians’ enthusiasm to head off to wars being conducted  by the British Empire – for example, the Boer wars.

On the day after Britain declared war on Germany in 1914, the Australian prime minster, Andrew Fisher, declared:

… should the worst happen, after everything has been done that honour will permit, Australians will stand beside the mother country to help and defend her to our last man and our last shilling.

Similarly, after the outbreak of World War II, the then prime minister, Robert Menzies stated:

Fellow Australians, it is my melancholy duty to inform you officially that, in consequence of the persistence of Germany in her invasion of Poland, Great Britain has declared war upon her, and that, as a result, Australia is also at war.

As noted earlier, the post-war ANZUS alliance with the USA has seen Australia joining its big power ally in all of the latter’s wars ever since.

It is therefore arguable that Australia is culturally oriented to war: it is a belligerent nation. This means it is not simply punching above its weight as a “ dependent middle power”, but as a country that is enthusiastic about joining other states’ wars. It likes to be at war! Metaphorically, its enthusiasm is jejune, making it (in Peter Hartcher’s words), an “adolescent country”.

Can this be changed?

There is growing evidence that Australians – especially younger Australians –  are becoming increasingly sceptical about a range of orthodox cultural and political beliefs and habits that have shaped the country’s foreign and defence policies in the past. This includes fluctuating and increasingly negative views about the American alliance and about American society and politics in general. People are awakening to the fact that when Australia and the USA signed the ANZUS treaty back in 1951, they were profoundly different countries to what they are today.

In 1951 Australia was a culturally provincial British backwater, still traumatised by its Pacific War experiences, fearfully unnerved by its geopolitical location on the edge of Asia. America was emerging as a superpower, ready to assert itself aggressively on the world stage. Today Australia is culturally more sophisticated and civilised than it was back in the 1950s. Meanwhile the USA today is a country turning in on itself. To imagine that the Trump presidency is a cause of the country’s present drift into internal bitterness and discord is a mistake; Trump is a symptom of on-going disruptions to American society that have a long way to go before they will be played out.

Australia needs therefore to change. It needs to confront the cultural bases of its defensively belligerent identity. It needs, in short, to learn how to become an influence for peace and cooperation in its region and in the world.

Allan Patience is an honorary Principal Fellow at the University of Melbourne. He has been a Professor of Politics and Asian Studies at universities in Australia and Asia. He has written extensively on the role of middle powers, and has called for a thorough reappraisal of the ANZUS alliance.